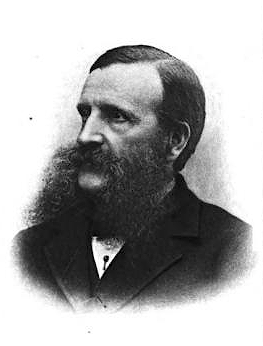 First published for a wide audience in 1882, William Frederick Poole’s Index to Periodical Literature provided an invaluable (and, at the time, unrivaled) means of searching the contents of magazines and other periodicals until publication ceased in 1906.

Search nearly 500 thousand records for periodical content published from 1802 until 1906 in Poole’s Index to Periodical Literature, searchable via Eight Centuries.

William Frederick Poole’s Index to Periodical Literature was first attempt to catalog the vast amount of magazine and journal content that appeared in the nineteenth century. His Index fulfilled a pressing need in the world of periodical publishing.

The Victorian era was the heyday of the periodical magazine, owing a perfect storm of growing literacy, a knowledge and culture-hungry middle class, and cheap publishing technologies. As stated by Walter Houghton in his 1959 article on the subject:

The age of periodicals was the age of a growing democracy, political and social, in which it was felt that a much larger reading public, still with little education and little political experience, simply had to be guided […] by the new ‘aristocracy of talent’ which edited and wrote the reviews. At the same time these middle-class readers, for their part, were only too eager to attain the culture—or the veneer of culture—that the periodicals could provide.1

However, the glut of periodicals presented a paradox: the written word had never been cheaper, more plentiful, or more egalitarian, but readers were often unable to access articles on a desired subject due to the lack of search tools. A few magazines had indexed their own issues, but there existed no comprehensive subject index of all publications. Readers desperately needed a salient means of systematically accessing content.

In stepped a librarian named William Frederick Poole who set out to solve this issue himself. This massive endeavor ultimately changed the course of Poole’s life and career, but the young librarian stumbled into the task almost by accident.

In 1846, Poole was a student at Yale College working as the assistant librarian for the library kept by his academic society, the Brothers in Unity. In his capacity as Brothers librarian, Poole discovered the amazing research potential brought by periodicals—writings on every topic!—as well as the hardships caused by the lack of comprehensive indexing.2 As he reflected in 1882:

I had noticed that the sets of standard periodicals with which the library was well supplied were not used, although they were rich in the treatment of subjects about which inquiries were made in vain every day.3

That year, Poole began work on a short subject index to the periodical holdings of the Brothers library.4

Poole presented his manuscript index two years later in 1848. His aim had been simply to give a tool to the users of the Brothers library. However, there being nothing else like his index elsewhere (and the periodical collections of other libraries being similar to that of the Brothers library), Poole’s work was soon set in type and published. Five hundred copies were printed and distributed to various universities.5

This published version of Poole’s initial index, titled An Alphabetical Index to Subjects, treated in the Reviews and Other Periodicals, was so successful that it spawned an updated version (with the title shortened to An Index to Periodical Literature) in 1853, and a further revised version in 1882. This last, and most complete, version was enlarged by way of supplement volumes that appeared every few years.6 This final version is one contained in Eight Centuries for users to search.

Poole’s life work outlived him. William F. Poole died from sudden illness in 1894, but the Index continued in the care of fellow indexer, William Isaac Fletcher, and the late librarian’s nephew, Franklin O. Poole.7 The Index finally ended in 1908 after the publication of its fifth supplement volume. All-in-all, the Index covered a remarkable 105 years in English-language periodical literature—1802 to 1906—and contained roughly half a million citations to articles in 479 titles.8

Though Poole’s Index was an extraordinary achievement, by contemporary standards of digital analysis and search and retrieval it has definite limitations. Poole made several odd organizational decisions when creating the work. For one, dates of publication are totally absent and the Index provided non-inclusive page citations created with the assumption that the user had access to the exact bound back-issue volumes Poole had catalogued in the Brothers library.9 Furthermore, Poole had sorted articles under non-standardized subjects, was inconsistent when applying these subjects to articles, and entries often lacked author citations.10

Some of these quirks make more sense within the historical context of the Index’s creation. Poole had no real templates to follow at the outset, save for several specialized subject indexes that had been created for specific periodicals. These were generally useless as guides to creating a master index, as Poole himself complained of this in his preface to the 1853 index:

The eight published Indexes of the Edinburgh and Quarterly […] cover a field of only one hundred and sixty volumes. An extended Index on this plan would form a library of itself; and such minuteness of reference is oftener a vexation than an aid to the general reader.11

Thus many of Poole’s odd choices can be chalked up to beginner’s mistakes: he had no one to follow, and design decisions, once chosen, were difficult to change mid-project.

Others quirks can be pinned to the realities of Poole’s time. For instance, the lack of authors’ names in the index stemmed from the common tradition of anonymous or pseudonymous writing in Victorian periodical literature. Though it runs counter to our own perceptions of authorship, articles generally went unsigned for much of the nineteenth century for political and personal reasons.12 Thus Poole’s omission here reflected a reality of contemporary life.

At least one of the issues with Poole’s odd formatting has since been alleviated thanks to modern computing technology. In 1967, Vinton Dearing’s Transfer Vectors for Poole’s Index to Periodical Literature connected relevant dates to Poole’s citations, accomplished by way of computer analysis of the text. Vinton’s invaluable addition of article dates has been incorporated into Poole’s Index entries in Eight Centuries and are available to current users of the database.13

Furthermore, the Eight Centuries version of Poole’s Index has another crucial upgrade over the original: access to full-text sources via HathiTrust and other open access services. Many of the periodicals that Poole indexed have been scanned and made publicly-available online. Search results from Poole’s Index provide links to full-text articles where available—including 344,381 links to material in HathiTrust alone.

What were contemporary reactions to the Spanish-American War? How did the war effect Americans as a whole, as reported at the time?

How did physicians first endeavor to create pictures of sound waveforms in the latter nineteenth century?

How were “field sports”—hunting, fishing, trapping small game—bound up in British national identity during the mid-nineteenth century?

What remarks did late nineteenth century anthropologists have on body mutilation practiced in the western world, e.g., creating artificially thin waists via corseting?

How did comparisons with the Roman Empire play into British self-identity in the area of colonial governance? What biases and cultural blind spots could this comparison have engendered?

Where has the common house cat appeared in the Western canon since antiquity? What concepts were associated with the cat in antiquity versus now?